Leadership under fire: lessons in leadership from Australia's bushfire crisis

“The most recent projections of fire weather in a study by Lucas et al. 2007 suggest that fire seasons will start earlier, end slightly later, and generally be more intense. This effect increases over time, but should be directly observable by 2020”

“The response from my political colleagues in Canberra was distinctly underwhelming. I think some of them were persuaded by (industry) lobbyists to say sooner or later a technological fix will come up”

– Former Australian Science Minister, Barry Jones, on his warning to government in 1984 about the risks of climate change.

Australia’s catastrophic bushfire crisis at the start of the 2020s has been a lesson in leadership.

The human, social, economic and environmental costs for Australia of the 2019-20 bushfires are immense and are still only just starting to be collated.

It will take years for the country to fully recover from this.

At a time when the world is debating what traits make for good leadership, things like humility and relational capital, asking questions, insight and engagement, inclusiveness and empathy, agility and cultural assimilation, many of these leadership issues played out during the unfolding of the recent Australian bushfire crisis.

Even as the fires were burning in areas across the country through November and December senior members of the government were criticising those who were ‘panicking’, a theme the government had run on a range of issues for months but during this more recent crisis sounded out of step with what was going on.

Examples of how the government handled the crisis included scenes such as:

It was as if the government was trying to blame everything except what most of the Australian community and the world accept – that a major reason Australia is experiencing longer droughts, more intense summers and longer bushfire seasons is climate change. 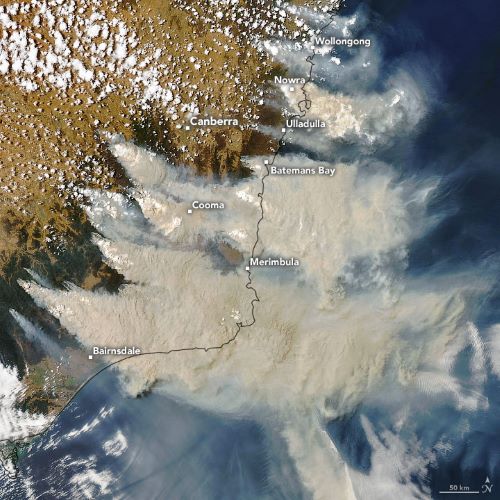 The government, belatedly, started taking action - sending in the military - when it became apparent by the end of 2019 that they were suffering sustained criticism for not taking a leadership role both on the fires and climate change. There’s a full chronology of the events over the months here.

People in the community and journalists in the media spent their summer holidays debating the concept of leadership, comparing that seen from the federal government with the leadership shown by others like state premiers, other politicians and, perhaps most importantly, the fire chiefs in charge of the fire fighting.

Each day on television over the summer Australians witnessed calm, honest briefings from the leaders of volunteer fire brigades that earned praise all over social media while seeing a previously self-assured and confident federal government repeatedly falter in responding.

Even parts of the media were criticised, with News Corporation stung by accusations at home and abroad that it was biased and spread misinformation about the fires and their link to climate change. It was criticised by everyone from the New York Times and Bette Midler to the company’s own staff and one of Rupert Murdoch’s own sons who is on the board of News Corporation.

Contributing to the growing community anger was the frustration with the government’s perceived lack of action on climate change and refusal to acknowledge the problem, together with the inability of the Australian political system to address this major policy problem over many years.

Adding to frustration, even while the fires were burning back home through December, the federal government was attending the international COP25 conference in Madrid defending Australia’s poor record on climate change action and being criticised for blocking an international agreement on future action.

One of the reasons the government was slow to respond quickly to the bushfires was because of the government’s long reluctance to acknowledge and lead on addressing climate change. 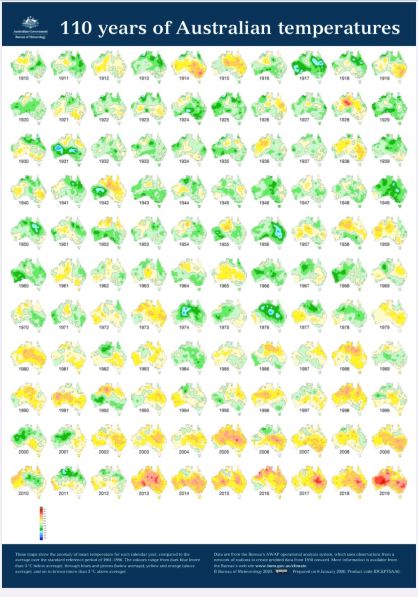 Whatever one wants to say about the government’s leadership qualities, like many before him the prime minister’s hands were tied for months by the politics within the government, with climate change deniers still prominent inside the government.

Climate change politics has played a key role in many Australian prime ministers losing their jobs over the years.

The politics of climate change in Australia has a long and sorry history, in part because Australia’s economy is so reliant on exporting things like coal and natural gas.

Despite decades of warnings, debate and policy options Australia still does not have a comprehensive strategy and policies to reduce carbon emissions.

Even at the height of the bushfire crisis, political parties were blaming each other for the fires and the lack of response to climate change.

Out of the ashes there are inspirational stories of human charity and heroes everywhere.

And the heroes are everywhere.

From the volunteer fire fighters working for months to fight the fires – some even losing their lives in the process (including three Americans tragically killed in the crash of a C-130 fire fighting aircraft not far from where I am writing), to the pharmacist who lost his own house in the fires but kept his business open to dispense medicines to people in his local, burnt-out community without charging any money, to the fire fighters helicoptered into a secret remote gorge to save the last known place in the world of ancient Wollemi pines – a species of tree from Gondwanaland that has survived more than 200 million years since the time of the dinosaurs.

Even the Australian native animals were heroes, with stories that wombats – normally shy, territorial loners – were sharing their underground burrows with other animals like wallabies and echidnas as the firestorms raged.

While still unfolding, the Australian bushfire crisis has provided some useful lessons or reminders on how leaders should respond to crises.

The importance of listening, being adaptable, having diverse teams around you, telling the truth even when it isn’t pretty and being humble whilst being strong and resilient all played out in the midst of the crisis. Leaders build good teams around them and the adage that the real test of a team is how it performs when things are going badly not when things are going well proved to be important again and again.

Listening to people, including experts, is really important and the governments’ repeated missteps played out here. Sometimes the strongest leadership comes from just shutting up and really listening to people.

Getting the balance right between long-term strategy and short-term crisis management is difficult but vital, and this will come into play as Australia confronts how to recover from the bushfires whilst at the same time finally developing a comprehensive climate change and carbon emissions policy.

Honesty and straight talking also played a big part in the community reaction to the fires. People may not like to hear bad news, but they like hearing bad news from people who look like they’re honest, credible and are telling the truth.

Where to from here for Australia?

The good news is that even as the fires continue (I write this as an out-of-control bushfire is burning just a few kilometres from my home) the initial rebuilding period has started. The federal government has committed A$2 billion to support bushfire recovery for businesses and farmers, wildlife groups and mental health support, clean-ups have started, donations have been made, animal rescue services have started and communities are starting to rebuild.

How this package is rolled out and how it and other relief funding will be administered will be one test for the government in coming weeks and months.

More recently, the government has created a National Bushfire Response Agency to start the rebuilding process which is a good step forward.

The government has a long time to recover before the next election which is due more than two years from now. Many governments over the years have made substantial errors only to recover and win the subsequent election.

On the longer-term issue of climate change, one senses that the political winds have, not for the first time, shifted in favour of stronger action on climate change by Australia – both at home and abroad.

It remains to be seen whether this time leaders in politics and policy making will be able to take this agenda forward so Australia’s response to this long-term challenge is appropriate.

If you would like to support Australian charities helping with the bushfire recovery effort, you can find government information on them here. Shawview Consulting is sponsoring WIRES, a wildlife rescue charity in Australia helping native animals recover from the fires.

What future from a ‘no-deal’ Brexit for UK life sciences?

What would Dr Who say?: Time travel and the macroeconomic impact of COVID-19